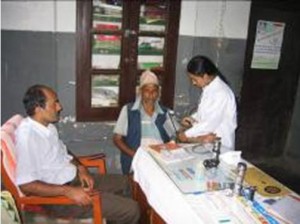 From the beginning of the charity there has been a close link with the hospital in Gorkha.  Early volunteers including Chris Marion together with members of the community helped to clean and paint the wards.  Other volunteers involved in medicine have helped over the years by providing much needed equipment and medical supplies. Many medical students have undertake their elective experience at the hospital under the guidance of the very helpful Doctors in charge. 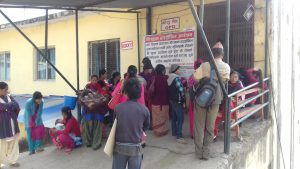 The medical problems in the area consist largely of communicable diseases, 50% of which affect the under-fives.  Many patients do not go to the hospital until their conditions are well-advanced.  This is usually because the distance from home is too great (some have to walk for days to get to the hospital) or because the cost is more than they can afford.  Patients pay for their consultations, in patient care and treatment.

If a patient is over 60, or is very poor, the care is paid for from the Hospital Poor Fund.  This decision is made at the discretion of the doctors, and there is no formal assessment. 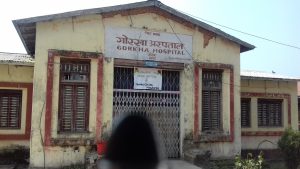 In April 2015 the Gorkha Hospital was greatly affected by the earthquakes in the region, following which many patients were being treated outside on the hospital grounds. Conditions remain very difficult and the main hospital building has structural damage and cannot be used. In 2017, temporary wards are still being used. 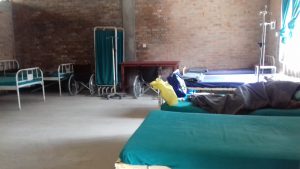 Medical elective students spend most of their time in observation, but all the doctors take pains to translate consultations and medical procedures.  Following the 2015 earthquakes the Doctors at this Government hospital are very keen to welcome Medical Electives for 4-6 week placements as well as a small private hospital in the town.  Contact us for more details