Linda Blunt has presented talks to various groups including Women’s Institute (WI) and horticulture and gardening clubs throughout Essex. All of the money raised by these talks over a number of years, has been donated to the Nepali charity to raise money for the sponsorship of children in school.  Topics for talks include:

If you are interested in hosting a presentation then please contact us. Fees are approx £80 depending on group size with plants and sometimes jams and chutney offered for sale.

Some of the previous talks and funds raised are listed below:- 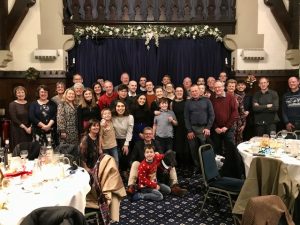 Former volunteer Fiona and husband Ian have made great efforts at fundraising since their time in Gorkha and have working with friends and family to support GDS.

Some of their innovative ideas include a Nepali evening supported by a local Nepali restaurant who supplied the food, a Christmas family gathering and ‘no Christmas Card’ donation, a presenation to the local Church resulting in generous donations, and Fiona’s sister Heather took on a sponsored walking challenge over a one month period. 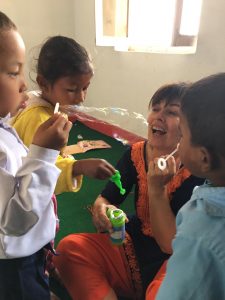 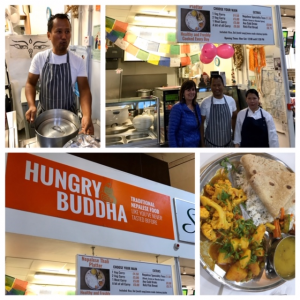 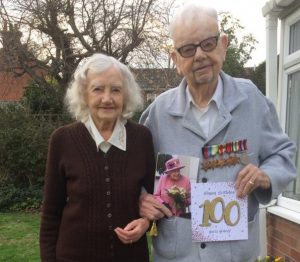 Mr Ron Hook first hear Joy speak about Nepal on local Essex radio and got in touch wanting to help as a retired engineer. He supported GDS for many years and helped look after Geeta and Amir when they first arrived in the UK – even being Amirs Best Man at their wedding!

Mr Hook who celebrated his 100th Birthday in 2020 has continued to take a significant interest in GDS and the people of Gorkha eventough he has never been to Nepal which is quite extraordinary.  Each year he most generously provides funds to sponsor 14 school children, 8 in 8 level studies and 4 studying Bachelors in the local college. His interest and letter writing to GDS, Laxman and the children are filled with stories of his London war time upbringing and his continued interest in the children’s education and the recognition of its importance. 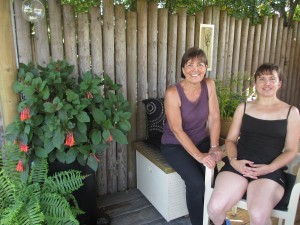 Friends of GDS Viv and Claire opened their garden, sold their renowned cakes and invited GDS to sell plants. They then presented us with generous donations from the events which was so kind. , and Plant sales by students at Linda’s former emplyer Writtle College and more plats sold at former Trustee Jan’s open gardens also resulted in significant funds raised.

Trustee Linda and husband Darren, together with neighbours Bill and Roz have opened their gardens several times with more plants sold, cakes and raffle to raise money for GDS. Funds raised and a relaxing afternoon for visitors were a great result. 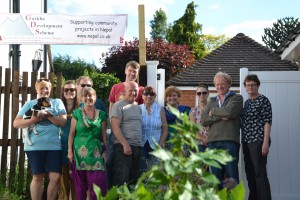 Its a lot of work to prepare for such an event with plants raised, cakes made, tables arranged, raffle prizes collected from donors and advertising to get people to come and spend money!  Plus of course a tidy up before and after the events. Luckily lots of 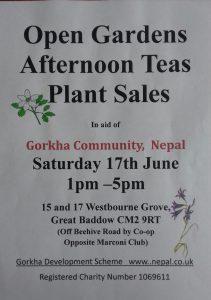 people offer to help so thanks to everyone involved

But then its all done and everyone has had a fabulous time sitting in the sunshine ( or rain!) and taking plants for their own garden and of course funds raised for Gorkha. Everyone wins For full reports:-

Lin and Darren plus Bill and Roz Gardens Open 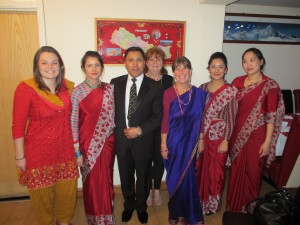 With the kind support of Everest Gurkha Bar and Restaurant in Chelmsford, we were able to hold fundraising dinners for friends and supporters of GDS. Restaurant owner Harka kindly accommodated up to 80 people each time for wonderful Nepali food and music – a first taste for many who will have found different flavours to the more familiar Indian food.

Presentations were made by Linda on the work of GDS and raffles helped raise more funds which totaled over £1,000 each dinner.

During her Medical Training at Warwick, Trustee Naomi also worked at keeping fit an trained for a London Triathlon

Friends Nick and Andy have made numerous donations to GDS from bits they have been given or sold and we cannot thank them enough.

The Kindness of Friends and Strangers

We must thank the support received from friends of the charity, both those who physically give there time and effort as no events could take place without this help, and also to those who give donations both small and generous. Such efforts include monthly donations from Direct Debit, in memorial donations for specific items such as hospital blankets, the donations and purchase of items for sale, school book sale, premium bond wins, and just plain kindness to support a charity where they know every penny reaches the people who need it.

Each volunteer that goes to Gorkha through GDS receives a great deal of guidance and support from Trustees Zoe and Linda before and after their visit, as well as opportunity to gain from former volunteers. Whilst in Gorkha they live with a local family where home-stay accommodation and food is provided and they are looked after by our local committee. In exchange for these services, volunteers make an agreed donation per week prior to departure of £100 per week.  In addition, many volunteers will fund raise upon their return as a sign of appreciation for the experience and an understanding of the needs of the community. For more details see the section on volunteers and volunteer feedback.