Life for women in Nepal, even among educated middle classes, is quite different from that of women in the West. Family is always expected to come first and marriage and children often take precedence over education and a career. 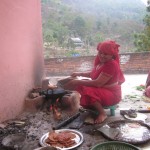 Though education is now for all, many older women in poorer families remain illiterate and completely dependent on their husbands or fathers for money. 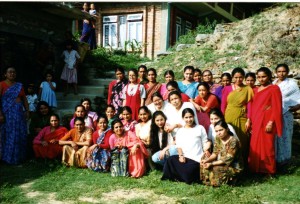 Due to charity founder Joy’s interest in supporting the local Women, she encouraged the formation of Gorkha Women’s Association (GWA) which was registered as a nepali charity in early 1989 with the aim of supporting the local women of Gorkha. By the late 1990s there were 131 members in and around Gorkha, and a second group developed at nearby Sauli Bazaar with 64 members.

GWA members form its own committee and hold regular meetings which enable social gatherings for the women. Members have learned to take on roles of President, Secretary and Treasurer and learned to organise meetings and coordinate projects to include training events and skills development.

GWA is represented on the GDHEDS committee and has access to apply for GDS funding for projects through GDHEDS with support and advice available. Over the years they have run many programmes which were initially intended to enable income generation for rural women through skills development see past projects for more details. 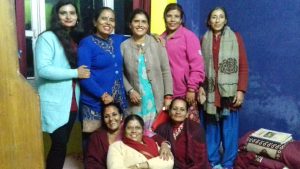 Today GWA is a smaller group of women who are active in organising and delivering two sustainable programmes funded by GDS focusing on women and children’s health. For more details see – School Hygiene and Women’s Health. 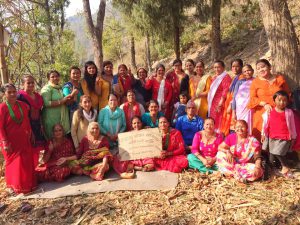 GWA also organises volunteer accommodation which is hosted by its members. For a set nightly fee, volunteers will stay with the family in Gorkha, have their own room, be provided with meals and have opportunity to join in family life and local events which often results in close and long lasting friendships.