Many Medical Elective students from Universities in the UK, as well as overseas, have undertaken elective placements in Gorkha since the programme was set up in the 1990s by GDS founder Joy Leighton. We continue to work with Doctors and staff at the local Gorkha Municipality Hospital who are willing to host elective programmes through GDS. 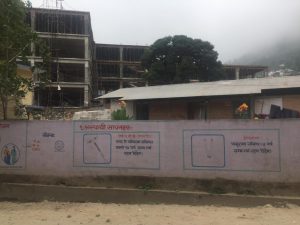 Following difficulties after the 2015 earthquakes when the hospital was damaged and the subsequent demolition of the hospital in 2019, limited placements continued and the hospital is currently being rebuilt with a planned reopening of 2021.

Though the regional hospital in Gorkha remains small with limited facilities, medical elective students can expect to see a range of common and rare infectious and non-infectious diseases, including advanced forms of conditions that would be treated early in Western countries, or congenital conditions not picked up due to lack of antenatal screening.

We have also developed links with a private hospital Apollo which provides opportunity for additional experience. 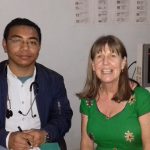 Placements with a minimum of one month are available for up to TWO electives only at any one time and are selected through an application process.

Doctors in Gorkha at both the Government funded Municipal Hospital and the small private hospital nearby, are keen to welcome medical students wanting to undertake their elective placement with them. Electives may be asked to make a presentation of their choice to the hospital team and are encouraged to be involved in other health or education programmes which GDHEDS may be running in local schools as shown my Eamonn and Sarah. 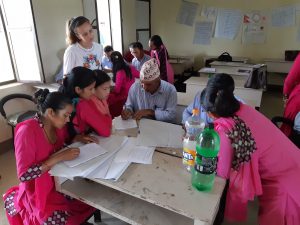 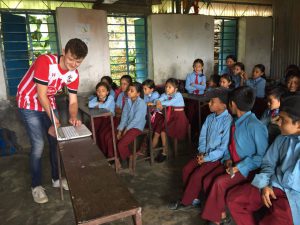